Typically, a problem occurs, such as theft, illegal entry, harassment, or vandalism and when it happens again, one or more covert cameras are employed to record a perpetrator. Often it works, but it may take time as well as even the relocation of covert cameras.

Most employee thieves know exactly where overt, normal cameras are and will avoid those areas when planning crimes. But what if hidden cameras are permanently installed, along with normal video cameras? Why wait until crimes occur, when many vulnerable areas are already known.

If covert cameras are installed, mixed with regular cameras in non-private areas, when a theft or other crime occurs, most likely the criminal has already been recorded and solid evidence has been obtained. This method can save thousands of dollars, as well as
bringing quick results.

Adding a few covert cameras, along with video systems, will increase the overall value of your video investment using this novel and smart approach. Recording may be best with a separate NVR, DVR or even SD-DVR.

Barry Levine is CEO of San Diego-based Sperry West, maker of
Spyder® video cameras and Video Commander® surveillance
kits. Levine has been leading video security companies for 40
years. He can be contacted at (858) 551-2000 or
barry@sperrywest.com.
“Normal video camera” 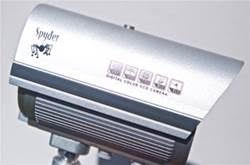 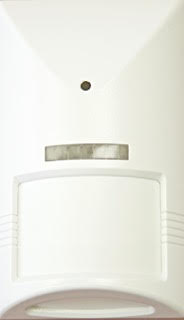